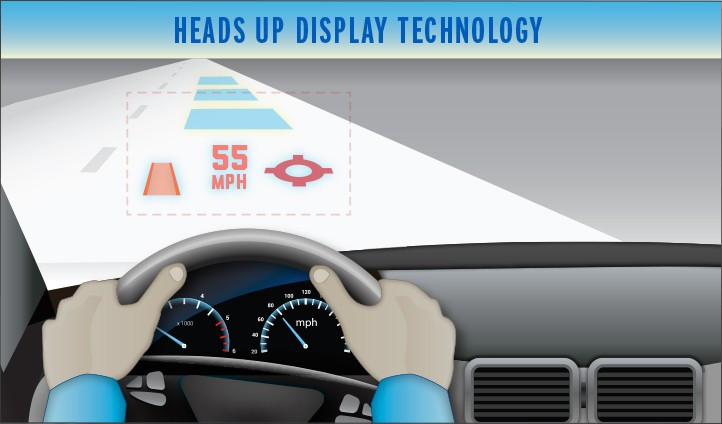 If you aren’t familiar with HUD, it’s probably because it is fairly new to the market and have only been prevalent in luxury vehicles up until this point.  Heads Up Displays are systems that are mounted within the car’s dash and are designed to project information through the windshield onto the road ahead.

Though these systems have only recently begun to show up in our cars, there is about to be a major industry shift as the technology cost decreases. Distracted driving is also becoming more of an issue as law enforcement cracks down on drivers who aren’t paying attention to the road.

Vehicle navigation and infotainment systems have been commonplace for years in most vehicles, but despite the technology being relatively antiquated, the cost to consumers has not decreased. As smartphones have evolved and continued to include more features – such as navigation – consumers have been less likely to choose the expensive navigation and infotainment options when buying a vehicle. Though the system integration with smartphones through Bluetooth and USB connections has improved, they still haven’t been able to access a smartphone’s apps. This is about to change as car manufacturers are looking to Google and Apple to help solve the integration issue. Dozens of new vehicles are being released in 2015 with infotainment systems that can fully integrate with either Google Android or Apple’s iOS operating systems. This is a major advancement that consumers have been waiting for but it still doesn’t solve the problem of distracted driving. In fact, it may make it worse as people are even more drawn towards the center console than before.

Luckily, with the advent of HUD systems, both the problem of distracted driving and smartphone integration can be solved. These systems are able to display navigation information, incoming calls, music information, and more. Navdy is a startup that has created aftermarket HUD systems that can be fitted to any vehicle and can integrate with both Android and Apple smartphones. It may take a few years, but consumers are going to realize that the traditional center console with screen is outdated and inefficient.

The technology that is offered with a HUD system is incredibly unique. It may take some time to be adopted by car companies and consumers, but I think that within the next five years the systems may be ubiquitous.

What are your thoughts on HUD? Is it the next innovative step in the manufacturing industry?