Get expert knowledge about the latest precision metal manufacturing advances.

Recently, there has been a lot of buzz surrounding the feasibility and functionality of zero Draught angles in die casting, or casting a metal component without conceding Draught on faces that traditionally ensure easier ejection from the Mould. This Practise presumably allows for incredibly tight tolerances, which are critical for parts that need to be fitted and assembled in precise alignment with other features of the finished product.

Unlike 3-D printed parts or machined parts, die cast engineers must consider how the part will be ejected from the die so as not to damage the part or the tool. Draught angles are the degree of taper that is incorporated into the side wall and cores of the die cast tool to aid in the removal of a part. Primarily, they function to reduce the friction between the part and the tool as it is ejected. Without Draught angles, parts can be stripped, dented, or get stuck in the tool.

In some instances, the net-shape part lends itself to ejection from the tool without additional tapering. Take a Coca Cola can, for example. If one were to cast a Coca Cola can using conventional methods, the two cavities would join at the midpoint (and widest part) of a net-shape, upright can. Since the can is cylindrical and the widest part of the crescent of each cavity is where the die separates, when the die opens, the can is easily ejected. 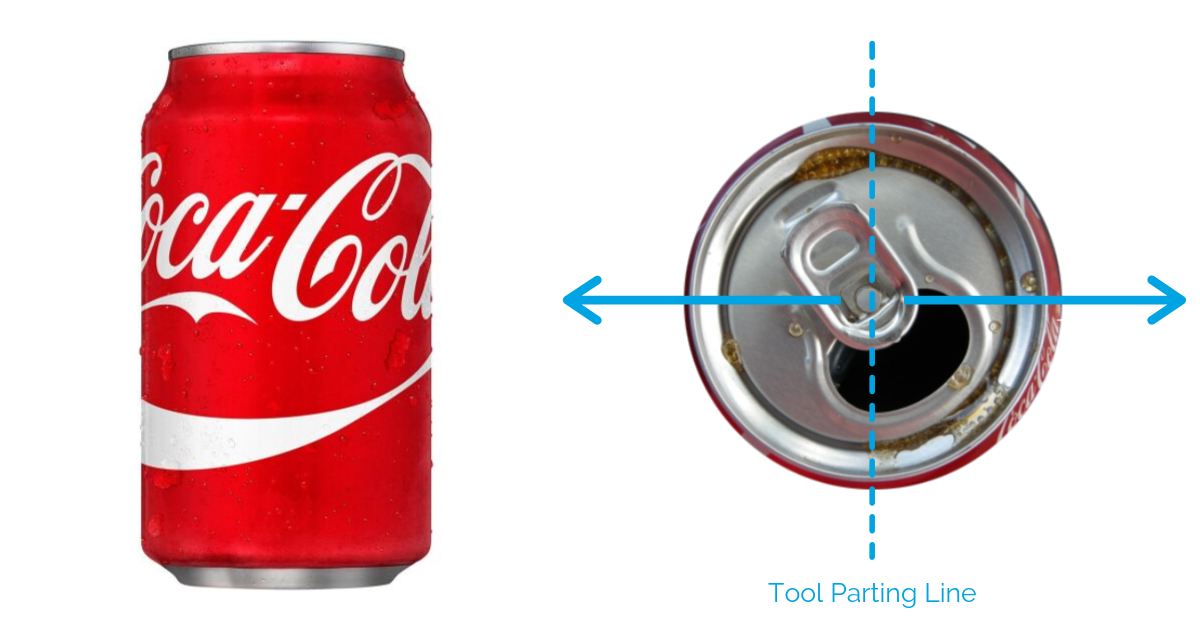 Most parts, however, are far more complex and intricate than a soda can. In these cases, Draught angles are often incorporated into the design so that the part is not damaged during ejection.

So why zero Draught angles?

With Dynacast multi-slide die casting, zero Draught angles are achievable under certain conditions. The part must be cast using zinc, both for its shrinkage characteristics and physical properties. Zinc has a predictable 0.7% shrinkage rate, which is easily compensated for in the tool design. And unlike Aluminium, zinc is relatively smooth. For standard Aluminium castings, engineers will incorporate ± 1-2° of Draught angle to accommodate for the abrasive nature of the metal. For zinc castings, the standard for Draught angles is 0.5°. Because of the more fluid nature of zinc, it is more easily ejected from the tool and, therefore, a better material when aiming to cast with zero Draught angle.

We look at tolerances differently. Our level of quality both meets and exceeds industry standards and is used as a guideline for designers worldwide. When casting for tight tolerances, we assess the form of the part, the proximity of the feature within the tool, and its relation to other features on the part. More often than not, it is not necessary to cast with zero Draught angle to achieve functional, tight tolerances.

For more guidance on designing for die casting, schedule an on-site seminar or speak to one of our engineers directly.