Get expert knowledge about the latest precision metal manufacturing advances. 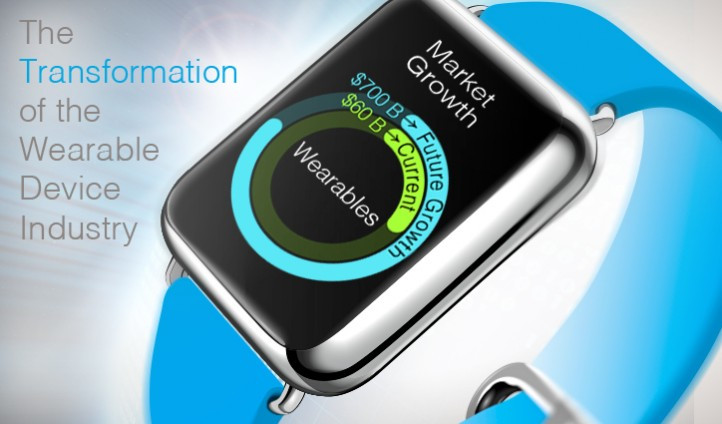 As the Market Research Analyst for Dynacast, it’s my responsibility to gain an understanding of the many industries that we are involved in as well as the ones we could gain entry into. I scan a variety of news sources daily and have noticed that the wearable device industry has been getting a significant amount of press as manufacturers churn out new devices at a rapid pace. This is an industry that Dynacast has been involved in for years; we have worked with some of the biggest manufacturers around the globe and our parts will be in many of the 150 million devices that are projected to be purchased this year.

The wearable market is poised to explode and grow to a $60 billion industry from the $700 million industry it was in 2013. Dozens of companies have entered the market and have offered a variety of devices to consumers throughout the past year. These companies come from a range of industries, including apparel manufacturers, GPS makers, watchmakers, and consumer electronics companies.

Our engineers use the Design for Manufacturing process to Analyse any potential shortfalls that our wearable device parts may have in order to guarantee that each distinctive part meets every company’s needs. We pride ourselves on being able to create small sophisticated parts that are used to create some of the most advanced wearables available.

Wearable devices are something that you may have some basic knowledge about – you may even own one already! When you really begin to dig into the business, it quickly becomes obvious that these devices are going to become completely intertwined with our everyday lives.

House keys, car keys, boarding passes, remote controls, thermostats and dozens of other things that you use every day will all be replaced or controlled by a wearable device at some point within the next few years. That may be hard to believe if you don’t even own of these devices today, but the recent launch of the Apple Watch is going to create a major shift in the wearable device industry and others. 23% of consumers say they plan to purchase a wearable device in the near future, but that number will grow when the full capabilities of these devices are realized. The launch will propel smartphone makers, automakers, smart home companies, and more to come together and integrate many aspects of your life into a sort of “life remote control”.

These devices will be easily accessible on your wrist, finger, or somewhere else within reach. BMW has already created an app for the Apple Watch that can control many functions of their vehicles and other car manufactures are sure to follow. Wearables that are available for purchase currently are able to do things like monitor a person’s sleep and judging by the restfulness of the sleep, brew a stronger pot of coffee when the person wakes up. Wearables can also do things like open your garage door, turn on your lights, and turn on your favorite music before you even walk in the door of your house when connected to other smart home devices. The possibilities are limitless when you begin to really learn about all of the devices’ current capabilities. We understand that each wearable device is unique. Our design capabilities and precision engineering has resulted in bringing many of the incredibly complex wearable devices to the market.  Dynacast is at the forefront of the industry, working with players large and small, to bring the “Internet of Things” a little closer to reality within your home and mine.

Do you agree with my projections? Do you envision the wearable device industry going in a different direction?