When a part used in thousands of Honda SUVs became challenging to deliver, Piolax USA inspected its entire supply chain to find the root of the problem.

All signs indicated the die cast part itself was the issue, one Piolax might have to live with—until other suppliers got the manufacturer hooked on Dynacast.

Piolax USA makes a product range of metal and plastic automotive parts that span the entire vehicle, from clamps and harnesses to powertrain and fuel parts.

That’s no overstatement. Its Japanese- owned parent company, Piolax Incorporated, is a giant in the industry. Currently, in its 85th year in business, it’s traded on the Tokyo Stock Exchange and serves an impressively demanding client list.

“Nissan is our majority customer, and we’re tier one to Ford, Honda, Toyota, and GM,” Miller says. The relationships extend to many of those brands’ other suppliers, too. 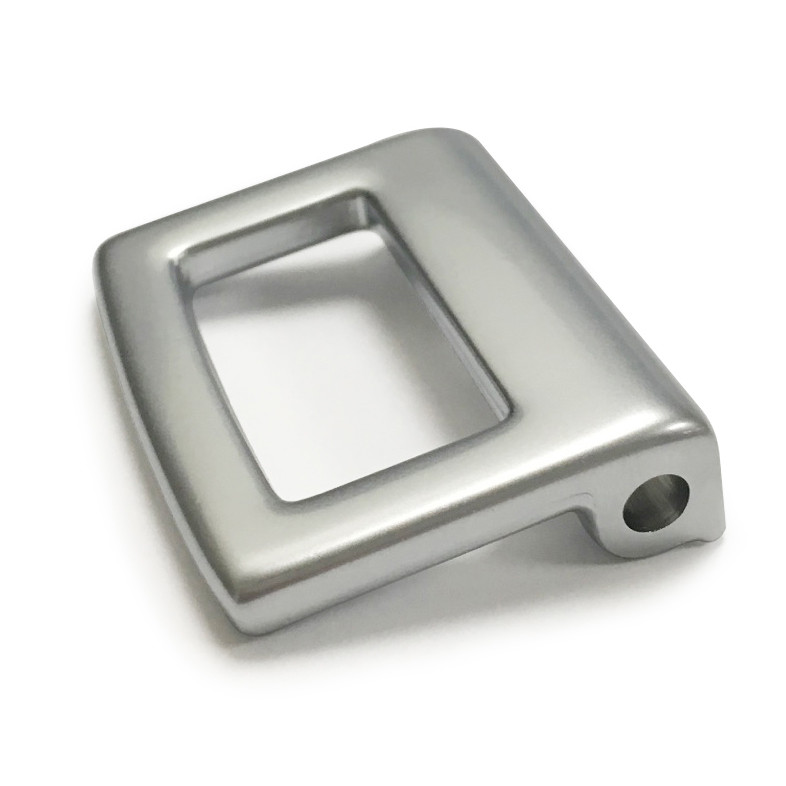 With a global industry counting on them for parts, Piolax—which stands for ‘pioneers of elasticity’—needs a supply chain as adaptable as its name.

A decade ago, the Canton, Georgia- based manufacturer started a project with Honda. “The application was a tie down assembly,” Miller says. “It allows people to tie down luggage or anything they want securely anchored in the SUV cargo bed.”

For years, the project had continued along routinely, and Piolax received product only after it was cast, sanded, buffed, and plated. But over time, the part was added onto different platforms, models, and other configurations, leading to higher volumes—and struggles with on-time delivery.

To determine the root of the problem, Piolax toured every supplier involved in the part.

“We found that most of our suppliers— the plater, the buffer, and the sander— were world class,” says Miller. “The actual manufacturing, the casting of the hook, was the weak point.”

Stretched for Time and Quality

Initially, Piolax had used a die caster in neighboring Alabama to produce the part. But as the project grew, the supplier became a bottleneck—especially with the levels of quality and cosmetics the part required.

“With chrome-plated die cast parts, everything has to come together precisely,” says Brad Doornbos of Dynacast. “Tooling, tool temperature, ll rate—every condition has to be just right.”

When it’s not? “If that part comes out of the tool with any imperfection,” Doornbos says, “the chrome plating will accentuate and magnify even the tiniest defect on the surface.”

That means adding delays, costs, and waste, either through sanding and buffing further along in the process or scrapping the cast parts outright before they’re even shipped. Either way, Piolax had found their problem.

For the newest version of the part, Miller and his colleagues tapped their other suppliers for advice. They asked: “Who do you recommend that without a doubt can produce a very high-quality part that will be visible to the end customer?”

“The first company they suggested was Dynacast,” Miller says.

He added Dynacast’s Peterborough, Ontario plant to his audit. That visit, he says, validated his suppliers’ conviction that Dynacast could deliver parts to Piolax standards.

“You could tell they were experienced in similar projects. The appearance issue we had with the previous part was not intimidating to them; it was well within their capability,” says Miller.

His meeting with Dynacast’s engineering experts reinforced his impressions. After that visit, Piolax awarded the new project to Dynacast—but that wasn’t all.

“From the professionalism, the organization, and the exactitude they displayed, it was obvious they knew exactly what they were doing,” Miller says. So, in addition to the new project, he canceled his previous project with the other die caster—and enlisted Dynacast to take it over.

“On-time delivery, quality, communication, and price had been difficult with our old supplier,” says Miller. “The thing is, those are the four key areas that have to be strong for us—and for our customers. And those were the things I knew Dynacast would deliver.”

"I knew Dynacast would be a solid supplier to Piolax. Not only now, but somebody we could partner with, move forward with, and grow with in the future." - Josh Miller, Piolax
Download Case Study