Zinc creep is the time-dependent strain that takes place under a given load. There are three distinct stages of zinc creep: 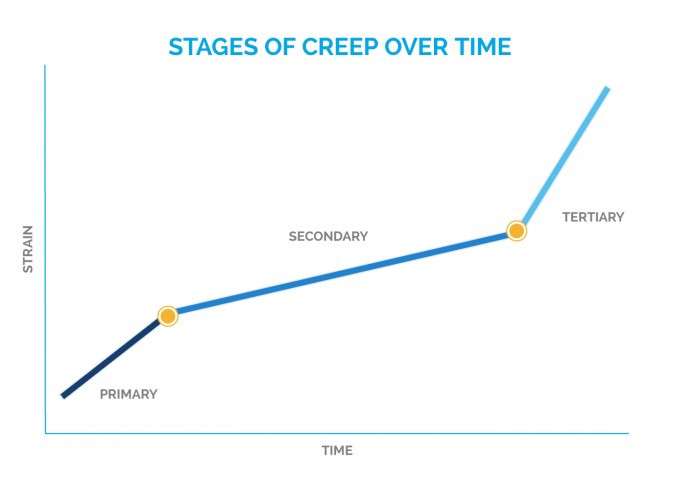 The strain rate of zinc alloys under stress is non-linear and time-temperature dependent—the ratio of stress to strain is not constant, even at low stresses, and varies with time, resulting in continuous plastic flow under applied load (creep).

As a result, zinc alloys do not have a single value for elastic modulus. Yield strength (allowable stress) under sustained loading is dependent on the allowable design strain (% elongation) over the required service life. 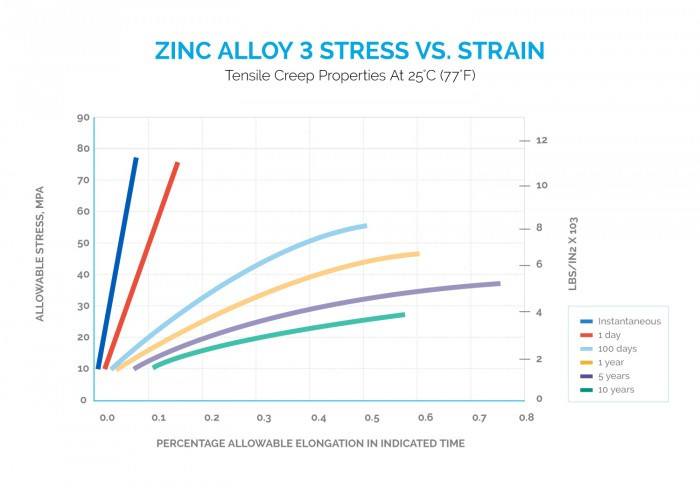 These values can be used in engineering formulas, but keep in mind they are only applicable for one particular load at the specified temperature. It’s important to remember the instantaneous curves in the figures represent the strain produced immediately on application of the load—this is recoverable by unloading. All of the other curves include this value plus creep to give the total deformation.

As with other alloys, the allowable stress to which zinc alloys can be subjected is also a function of service temperature. The primary creep contribution for Zamak 3 is small, and so the secondary creep alone can be used to provide an estimate of the total elongation of the alloy, at long times and higher stresses, up to the point where tertiary creep develops. The relationships between secondary creep rate, stress, and temperature for Zamak 3 and 5 respectively, are shown in the graphs of Zamak 3 creep rates and Zamak 5 creep rates.

Zinc alloys undergo aging, especially at elevated temperatures. The effects of room temperature aging on creep strength of Zamak 3 have been investigated. The results show that the creep strength decreased by as much as 16% under high loads after two years aging at room temperature, or by holding at 75-95°C for three days. As a result it is suggested that a factor of 0.8 be applied to permissible stress values computed from the equation given below.

The creep rates for Zamak 5 up to 100°C can be estimated by using the figures in this section and adding 10°C to temperatures given—Zamak 5 provides approximately equivalent creep behavior at temperatures 10°C higher than those shown for Zamak 3.

A more detailed description of the zinc creep behaviors of Zamak 3 and ZA-8 have been established. A formula has been confirmed to provide an accurate description of creep over the temperature range of 25°C – 120°C. The formula, which relates the maximum design stress s (MPa) to temperature T (K), service life t (seconds), and strain, is:

Here, n is the stress exponent = 3.5. Q is the activation energy = 106 kJ/mol. R is the gas constant = 8.3143 x 10-3 kJ/mol K. And C is a constant that takes into account all the effects of metallurgical structure and alloy composition on creep. The C values can be determined from the allowable creep extension chosen, shown in the Constant C graph.

The above equation can be used to calculate permissible combinations of stress, temperature, and creep life for any creep strain within the range of 0.2% to 1% and stresses up to 50 MPa. The equation can be shown graphically. For example, the elongation obtained at various combinations of stress and temperature for a 3000-hour service life can be seen in the graphs for Zamak 3 and ZA-8.

For stresses, temperatures or elongations in excess of those for which the equation is valid, the actual creep curves for the alloys can be used. Typical examples are given in the creep curves at Room Temperature and 200MPa and 150°C and 60MPa. This figure also highlights the improved resistance to creep afforded by ACuZinc5 compared with Zamak 3 and ZA-8.

Creep extension in most alloy systems can be erratic and zinc creep is no exception. Apparently identical samples can vary from the mean creep life (allowable strain) by a factor of two. This means whether the creep life is determined from actual tests or from the formula above, an additional factor of at least two should be used to take into account all variations.